Jean-Christophe Plantin (@JCPlantin) is joining the Department of Digital Humanities over the coming months as a visiting researcher. In the following post he discusses what he will be working on. Welcome Jean-Christophe! 🎊 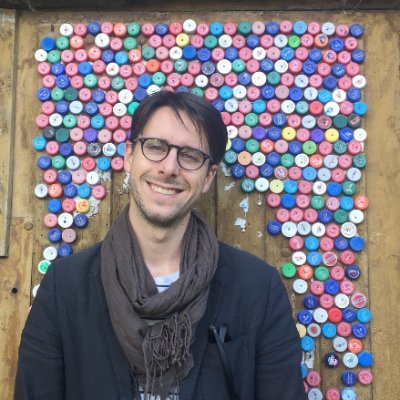 It is an honor to be a Visiting Research Fellow in the Department of Digital Humanities during Fall 2021. I have been a long-time admirer of the groundbreaking work of its Faculty members, regarding both digital humanities and key aspects of digital culture and economy. As the concept of infrastructure is central to my work, I look forward to engaging in discussions on this niche (but fascinating!) topic with its researchers.

While at King’s College London, I will carry on my work on my current book project, currently with the working title: The Infrastructural Power of Platform Companies. This book argues first that US-based tech companies (Google, Amazon and the likes) are now akin to infrastructures in society, due to their indispensability and capacity to shape the economic and social life. It moreover adopts the material focus from science & technology studies to show, second, how the same tech giants are literally and materially becoming infrastructure in four segments of the global networking infrastructure: data centers, subsea cables, terrestrial cables networks, as well as non-terrestrial connectivity.

During Fall 2021, I am focusing on the book chapter on subsea cables. It is now a known fact that tech giants have invested massively in new cable routes—even sometimes as sole investor and manager, while the consortium was the norm. What is less known is how Google, Facebook, and Microsoft engineers are selecting and promoting specific industry trends via their participation in industry-wide working groups and standard settings. A central case is the “open cable” model that disaggregates the cable (underwater) from the processing units (on land, in the cable landing stations). This model allows cable systems operators to buy these various segments separately, guaranteeing access to the latest and best technology—a recent trend that was generalized by tech giants to the point of becoming a de facto standard in the industry.

My work offers evidence that the power of tech giants in these sectors does not consist only of their massive purchase and investment capacities. After attending industry events and conducting interviews with key actors from these industries, I reveal how tech giants operate in a granular and cooperative way, for example by setting up industry consortia or co-writing scientific papers. The goal remains the same, however: to lead industry actors to engineer and manufacture the equipment that correspond to their needs as “hyperscalers.”