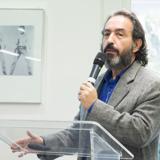 GILSON L. SCHWARTZis an economist, sociologist, journalist, game designer and Associate Professor at the Department of Film, Radio and TV of the School of Communication and Arts and at the Graduate Interdisciplinary Program on Rights, Humanities and Other Legitimacies of the Faculty of Philosophy, Literature and Humanities of the University of São Paulo (USP), Brazil. He created the “City of Knowledge” digital inclusion platform (www.cidade.usp.br) after a Call for Projects by the Institute of Advanced Studies at USP in 1999. Gilson had the opportunity to develop his work on gamification and alternative videogame platforms, in collaboration with DDH and the AHRI. The visit also allowed to strengthen links betwen DDH and colleagues at the University of São Paulo in view of future collaboration. 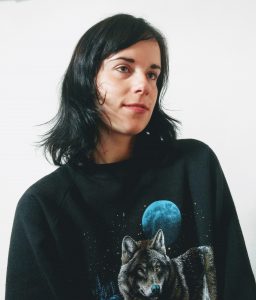 KAT BRAYBROOKE is a digital anthropologist and director of Studiõ Wê & Üs with extensive international experience in leading design and curatorial projects in collaboration with open technology, media arts and third sector organisations across Europe, Canada and Asia. Her work critically examines the links between material participation and socio-cultural transitions, taking a particular look at the dynamics of creative digital communities and spaces, and their associations with institutional actors, from libraries to governments. Kat was awarded a PhD in Media & Cultural Studies from the University of Sussex in 2019 for a study funded by the Sussex Humanities Lab which combined ethnographic and action research to explore the institutional dynamics of a new generation of experimental sites for digital making and learning around cultural artefacts, or ‘collections makerspaces’, within four museums in London, from Tate to the British Museum. She also studied the associations between maker cultures and government sustainability policies in China as a delegate of the British Council in 2018 and 2019, and as a Visiting Scholar at the University of Humboldt Centre for Transformations of Human-Environment Systems in Berlin. In association with her academic projects, Kat has spent the past decade working with third sector collaborators like Mozilla, the Open Knowledge Foundation, the UK Parliament, and the Liu Centre for Global Issues to decolonise networked technologies and foster greater digital agency for marginalised and non-binary communities through critical making and design interventions. Her work has been featured on the BBC, Guardian, DAZED, Rabble, Furtherfield and The Tyee, and she is an editor of the Journal of Peer Production. 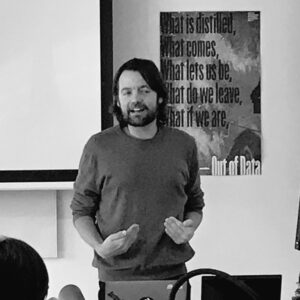 NATHANIEL TKACZ is a Reader in Digital Media and Culture at The University of Warwick. His work investigates the political, cultural and methodological dimensions of digital media. This has led to studies of political openness in online communities, practices of ‘mass collaboration’, experimental economic platforms, software forking, trolling, apps, banking and payment services, interfaces, user experience design, digital public services, and environmental situation rooms, among other things. With Geert Lovink, he co-founded the Critical Point of View network for Wikipedia research as well as the MoneyLab research network, and he recently joined the App Studies Initiative. Tkacz is author or editor of a number of books, including Wikipedia and the Politics of Openness (University of Chicago Press, 2015). He is currently working on a book on dashboard interfaces.

CÉCILE MALASPINA is a leading scholar on the work of the French philosopher of technology Gilbert Simondon, among other things having translated his important monograph On the Mode of Existence of Technical Objects. She has recently been elected to the executive board of the Collège International de Philosophie (CIPh) and to the editorial board of its journal, Rue Descartes. This highly prestigious research institution was co-founded in 1983 by Jacques Derrida, François Châtelet, Jean-Pierre Faye and Dominique Lecourt with a mandate for the independent and intersectional exploration of philosophy, and to hold seminars that are free and open to the public. Cécile was nominated to a six-year chair as Program Director Abroad. She will start a seminar series for the CIPh at King’s College, open to the entire King’s community and the wider public, with the aim to establish a close partnership between the CIPh and King’s College. Her seminar, An Aesthetics of Noise: Philosophy, Digital Culture and Artistic Experimentation, will invite emergent and prominent thinkers to reflect on the aesthetic dimension of ‘noise’ in science, technology and the arts. How do these domains redraw the conditions of possible experience? How do we judge the singularity of experience in an age not of enlightenment, but of complexity and noise? Cécile has previously published An Epistemology of Noise. With this seminar she turns her attention to the what is singular in experience, to the new dimensions of perception or aísthēsis (αἴσθησῐς) afforded by technological mediation, as well as scientific and artistic creativity. Cécile is qualified as maître de conferences in philosophy and epistemology, history of the sciences and technology by the French ministry for education. She holds a doctorate summa cum laude in Epistemology, Philosophy and History of Science and Technology from Paris 7 University Denis Diderot. Cécile is a member of the editorial boards of the journals Rue Descartes and Angelaki: Journal of the Theoretical Humanities, as well as of the independent publisher Copy Press, and she acts as a reviewer for journals and funding bodies.