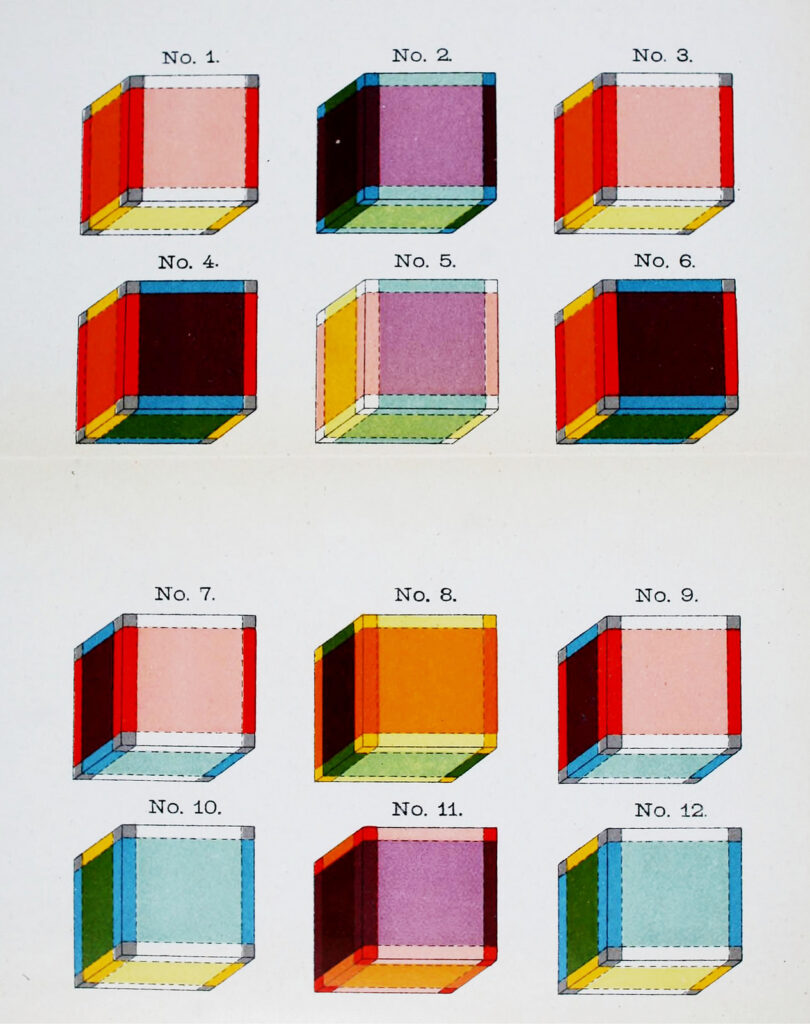 In an 1880 article entitled “What is the Fourth Dimension?”, Hinton suggested that points moving around in three dimensions might be imagined as successive cross-sections of a static four-dimensional arrangement of lines passing through a three-dimensional plane, an idea that anticipated the notion of world lines. Hinton’s explorations of higher space had a moral basis:

Hinton argues that gaining an intuitive perception of higher space required that we rid ourselves of the ideas of right and left, up and down, that inheres in our position as observers in a three-dimensional world. Hinton calls the process “casting out the self”, equates it with the process of sympathizing with another person, and implies the two processes are mutually reinforcing.

Hinton created several new words to describe elements in the fourth dimension. According to the OED, he first used the word tesseract in 1888 in his book A New Era of Thought. He also invented the words kata (from the Greek for “down from”) and ana (from the Greek for “up toward”) to describe the additional two opposing fourth-dimensional directions (an additional 4th axis of motion analogous to left-right (x), up-down (y), and forwards-backwards (z)).

Hinton’s Scientific romances, including “What is the Fourth Dimension?” and “A Plane World”, were published as a series of nine pamphlets by Swan Sonnenschein & Co. during 1884–1886. In the introduction to “A Plane World”, Hinton referred to Abbott’s recent Flatland as having similar design but different intent. Abbott used the stories as “a setting wherein to place his satire and his lessons. But we wish in the first place to know the physical facts.” Hinton’s world existed along the perimeter of a circle rather than on an infinite flat plane.[15] He extended the connection to Abbott’s work with An Episode on Flatland: Or How a Plane Folk Discovered the Third Dimension (1907).